Army Rules:
Impetuous
A unit consisting entirely of models with this rule may re-roll failed Charge Range rolls. The model gains Frenzy while Engaged in Combat.

As a side note Jousting has been removed from the list considering it was so rarely used. We will look towards bringing it back in the FAB when our time comes.

Impetuous has become a rule for more than just Aspirant Knights, we think you’ll like how this effects certain units. Keep reading...

Virtues:
Renown - One of a Kind.
The bearer gains Lethal Strike. Close Combat Attacks made by the bearer that roll a natural '6' to wound gain Multiple Wounds (D3).

We hope you enjoy the update/return to Renown, it was decided that in order to open up more competitive character builds we needed to bring back lethal strike rather than removing special saves. We got just what we asked for.

This is one of my favorite changes. Since the previous item was deemed game breaking, we redesigned it and created a defensive item that also adds a bit of much needed offense at a price which won’t break the bank. For those of you that enjoy the fluff, it’s the exact rules your character would receive from breath of the lady, neat!

Faith of Percival -Dominant.
Cannot be taken by models with Towering Presence.
Shield enchantment.
While using this Shield, the wearer gains Aegis (+1, max 4+). Attacks against the bearer with Divine Attacks lose this Attack Attribute

Another great change to our defensive equipment, while you may not be able to combine this shield enchantment with Crusader’s Armor, there are now many ways to use it in combination with BRB items.

Crystal of the Valiant Charge - Wizards only. Dominant.
One use only. May be activated at the start of the opponent's Magic Phase. In this phase, during Siphon the Veil, before converting Veil Tokens into Magic Dice, remove 1 Veil Token from the Active Player’s Veil Token pool for each friendly unit that is Engaged in Combat within 18” of the bearer. Add the Veil Tokens removed in this way to your Veil Token pool.

I won’t lie, we struggled a bit on the re-design of this item, our first 2 ideas were rejected and we will need to wait for the FAB (although I’m sure you’ll like what we have in store). What we landed on should at least allow for a potential one-turn swing. If your opponent was hoping for a good magic phase to help send your knights fleeing, what they may end up with is not much magic at-all and a devastating phase from you next turn.If you’re willing to try this one out please let us know how it plays out on the battlefield.

Unit Changes:
Unicorn - the unicorn has lost his devastating charge, and instead gained the following:
Forest Guide: Universal Rule
All models in the model’s unit gain Strider (Forest) and Magical Attacks

This change was all about synergy. Hiding inside a lance of knights meant that any combat abilities we gave the unicorn/damsel would be wasted, but giving strider/magical attacks to a unit of knights could be very useful, especially considering that the unicorn is the only mount that can take advantage of the increased charge range on questing knights.

Knights Aspirant:
Knights Aspirant are back down to 5 man unit minimums. However they no longer gain an extra point of strength and armor piercing on the charge. The good news is they have regained Defense (3). All of this is coupled with what I would consider a significant points decrease.

You can once again field small, cheap, reliable units of these guys, great for chaff hunting, acting as chaff, or instead you can run a large cheap(ish) unit to take advantage of the banner of the last charge.

Peasant Bowmen: have lost light armor and the option to skirmish

This was to encourage the use of brigands and also shave off some points for always useless light armor.

Peasant Crusaders: gained impetuous and devastating charge (+1 attack) and also regained a point of defense. In exchange they have lost battle focus

Sacred Reliquary: Same as the Peasant Crusaders, it has gained impetuous and devastating charge (+1 attack) and also regained a point of defense.

And that’s about it, we think when you see how the BLT have priced this update you’ll be quite happy as well. As always fellow knights “For the Lady, for the King, for Equitaine!”
Maluję dla Perfectly Painted Studio! 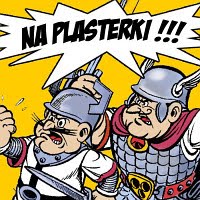 Wróć do „Kingdom of Equitaine”